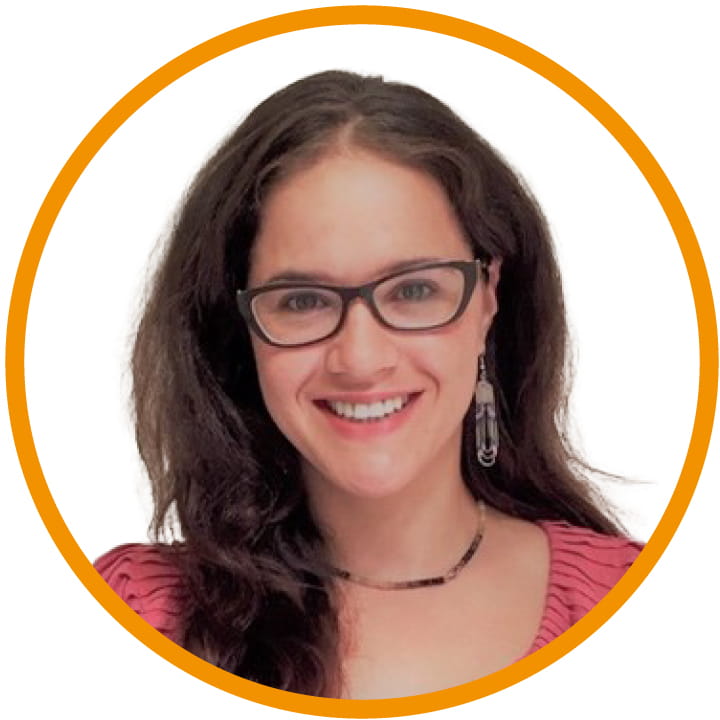 Scientific Lead for Clean Hospitals, Infection Control Programme and World Health Organization (WHO) Collaborating Centre on Patient Safety at the University of Geneva Hospitals and Faculty of Medicine, Geneva, Switzerland

Alexandra Peters is the Scientific Lead for Clean Hospitals, a global network dedicated to making healthcare safer through improved environmental hygiene. She is based at the University Hospitals of Geneva Infection Control Program and World Health Organization (WHO) Collaborating Center for Patient Safety. Her areas of expertise include healthcare environmental hygiene, hand hygiene, and health security. Director of the Infection Control Programme at the University of Geneva Hospitals and Faculty of Medicine, Chairman for Clean Hospitals, Geneva, Switzerland

Professor Didier Pittet is the Hospital Epidemiologist and Director of the Infection Control Programme & World Health Organization (WHO) Collaborating Centre on Infection Prevention and Control and Antimicrobial Resistance, University of Geneva Hospitals and Faculty of Medicine, Switzerland. He holds Honorary Professorships at Imperial College (London), Hong Kong Polytechnic University School of Health Science (Hong Kong) and the First Medical School of the Fu (Shanghai). Professor Pittet is also a fellow of the Royal Medical Association (Ireland) and Honorary Member of the All-Russian Scientific Societies of Epidemiologists, Microbiologists and Parasitologists and the French Academy of Surgery.

Author and co-author of more than 500 publications in scientific journals and editor of the first textbook “Hand Hygiene – A Handbook for Medical Professionals” (Pittet, Boyce, Allegranzi, edition Wiley-Blackwell, 2017), Professor Pittet is a member of the editorial boards of many prestigious scientific journals, including The Lancet Infectious Diseases. He is also an editorial consultant for The Lancet. The books “Clean Hands Save Lives” (Editions L'Âge d'Homme, 2014), available in 19 languages and “Adapt to Adopt” (Editions Nouvelle Imprimerie Laballery, 2021) written by French writer Thierry Crouzet, and the documentary film "Clean Hands" (Aftermedia 2016, 8 languages) describe Didier Pittet's medical odyssey dedicated to the promotion of hand hygiene worldwide.

Professor Pittet is the recipient of several national and international honors including a CBE (Commander of the British Empire) awarded by Her Majesty Queen Elisabeth II for services to the prevention of healthcare-associated infection in the UK (2007), the Society for Healthcare Epidemiology of America Lectureship (2008), the European Society of Clinical Microbiology and Infectious Diseases' Award for Excellence (2009), the American Society for Microbiology (2016), the Robert Koch Award (2017) and the Pasteur Medal (2020).

Since 2005, Professor Pittet has been working closely with the WHO as the lead adviser of the First Global Patient Safety Challenge, whose Clean Care is Safer Care program is active in hospitals in 189 of the 195 UN member states. Professor Pittet conducts numerous research projects, in particular concerning the epidemiology, prevention and control of infections and the development of innovative strategies to improve hand hygiene compliance and the quality of patient care to promote their safety. He is also involved in numerous humanitarian projects. Professor Pittet is also credited with revolutionizing patient care processes in hospitals by replacing hand washing with soap and water with the systematic use of alcohol-based handrubs (ABHR) and spreading this change in practice to healthcare centers around the world. His work has also involved the donation of a patent-free ABHR solution formulation to the WHO to facilitate its global distribution at lower cost, leading to its inclusion in the WHO list of Essential Medicines in 2012.

In June 2020, Professor Pittet was appointed by the President of the French Republic, Mr. Emmanuel Macron, as president of an independent mission created to assess the management of the COVID-19 crisis and to better address the risks posed by the pandemic and delivered the report of this commission in May 2021. The mission’s primary objective was to assess the relevance, speed and proportionality of the French response in the management of the health, social and economic crises, in particular in comparison to other countries’ responses. 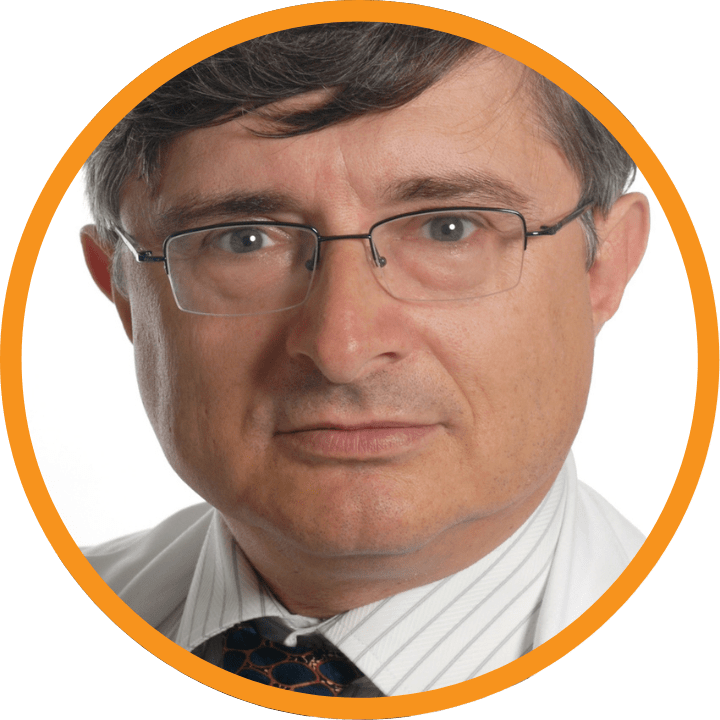 Prof. A. Widmer is board certified physician in internal medicine, infectious diseases and after Jan 1, 2022, the first board certified hospital epidemiologist by federal council in Switzerland. His training included general surgery, internal medicine, endocrinology, intensive care, emergency medicine in several hospitals in Switzerland, with specialty training at the university of Basel hospitals in infectious disease. In Iowa, USA, he completed a three years training in hospital epidemiology with Prof. R.Wenzel, and completed a Masters degree in epidemiology at the University of Iowa. He served till 2021 as deputy head of division of infectious disease & hospital epidemiology at the university of Basel. He did found together with D.Pittet and P. Francioli “swissnoso”, the Swiss national center for infection prevention which he continues to serve as president (www.swissnoso.ch)

He initiated and completed the formal training in hospital epidemiology & and hygiene that has been recognized by the federal body for medical specialties. Since 2003, he is regular expert for the World Health Organization (WHO) writing for WHO the guidelines for surgical hand hygiene. He wrote the first draft for “minimum standards” for infection control in Swiss hospital: Their requirements have been accepted by the locally responsible authorities. These standards have become mandatory to run an acute care hospital since February 2021. In addition, he worked as expert for the surgical infection prevention group at WHO. His main research interest beyond hand hygiene is prevention of surgical site infection with emphasis on preparation of the surgical site, antimicrobial prophylaxis and C.difficile infections. He chaired the guidelines for prevention of C.difficile for the European Society for Clinical Microbiology and Infectious diseases (ESCMID). He published >500 papers in MEDLINE peer-reviewed journals.

In addition, he also serves in the scientific board of ROCHE for a study on Baloxavir against Influenza, and consultant of several companies working in fight against healthcare-associated infections.

His main hobby is exploring foreign countries, as well enjoying as glider pilot the beauty of Switzerland and France, and in particular over the alps. 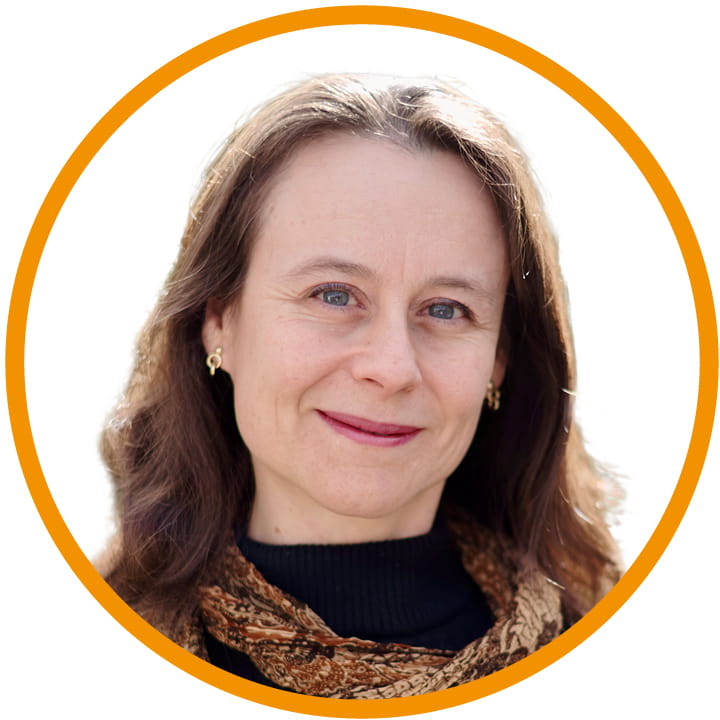 Juliëtte Severin is a clinical microbiologist, associate professor, and medical coordinator of the Unit Infection Prevention at the department of Medical Microbiology and Infectious Diseases at Erasmus MC, Rotterdam, the Netherlands.

She is currently a board member of the Dutch Society for Medical Microbiology and the vice-chair of the national Early Warning and Response meeting of Healthcare-associated Infections and AntiMicrobial Resistance.

With her research, focused on antimicrobial resistance and infection prevention and control, she aims to gain a deeper understanding of transmission routes and ways to prevent this, in the Netherlands, but also in settings with lower resources where the burden and the threat of antimicrobial resistance is high. In her most recent research projects she embraces the One Health approach, more specifically the human-water interface. 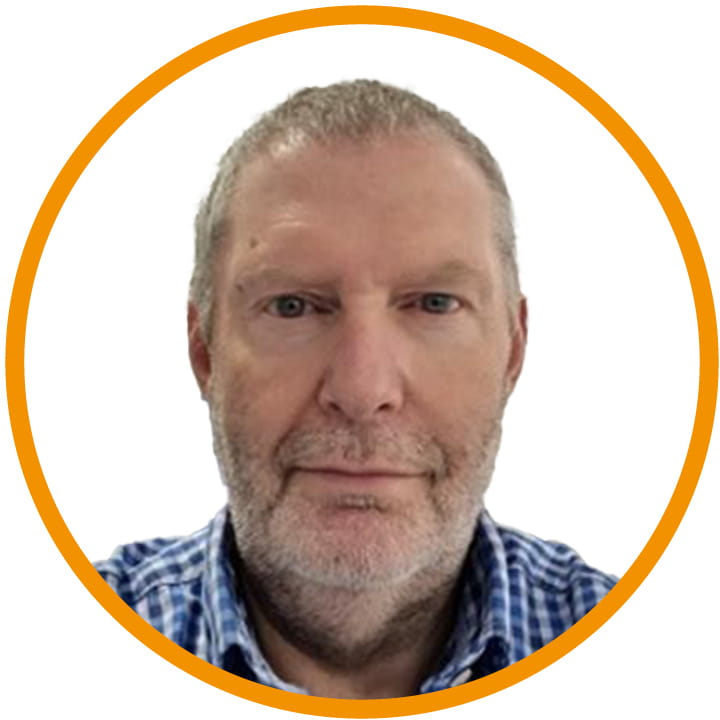 Martin has worked in infection prevention and control for 32 years in a variety of settings. He is a Visiting Clinical Fellow at the Richard Wells Research Centre at the University of West London, Conjoint Fellow at the University of Newcastle (New South Wales, Australia) and is Clinical Consultant at Gama Healthcare. Before this he was Nurse Consultant and Deputy Director of Infection Prevention and Control at Southport and Ormskirk NHS Trust in the North-West of England. He has Masters degrees in Public Health (University of Birmingham) and Clinical Research (University of Manchester). Martin is a former member of the Department of Health (England) advisory committee on Antimicrobial Resistance, Prescribing and Healthcare-Associated Infection (ARPHAI), was scientific secretary of the Healthcare Infection Society International Conferences in 2014, 2016 and 2018 and is a past president of the Infection Prevention Society. His research interests focus on environmental hygiene, surveillance and urinary catheter-associated infections. He has presented at many international conferences, has published over 50 papers and articles in peer-reviewed journals. 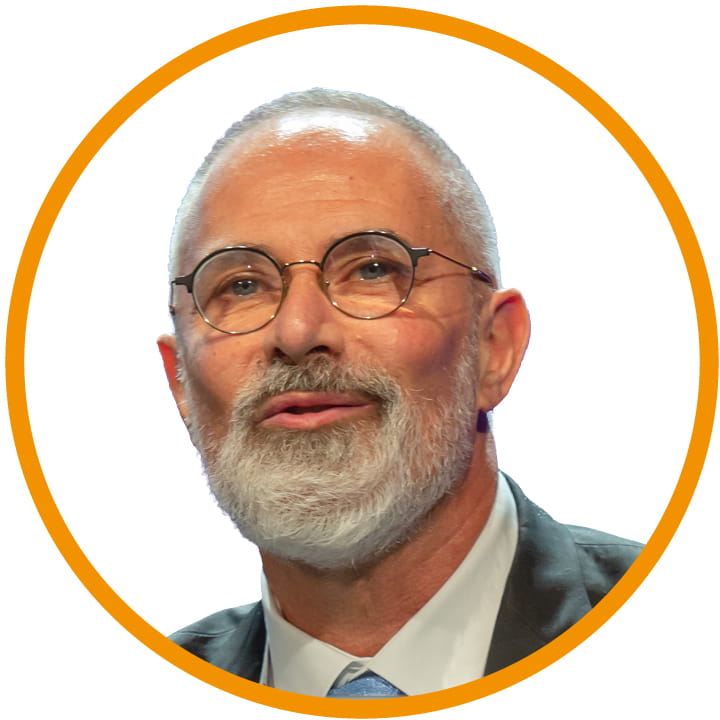 Public health and hospital hygiene doctor at the Bordeaux University Hospital since 1992. He has been responsible for the Regional Healthcare-Associated Infections Control Center in Nouvelle Aquitaine since 2017.

He was President of the French Society of Hospital Hygiene (SF2H) from June 2015 to June 2019 and took care of the international relations of the SF2H for 10 years. In October 2021, Pierre Parneix became President of SF2H again.

He is the Education Director of the Clean Hospitals project led by Professor Didier Pittet.

He was one of the 5 members of the National Independent Mission on the evaluation of the management of the Covid-19 crisis and on the anticipation of pandemic risks set up in June 2020 by President Emmanuel Macron. 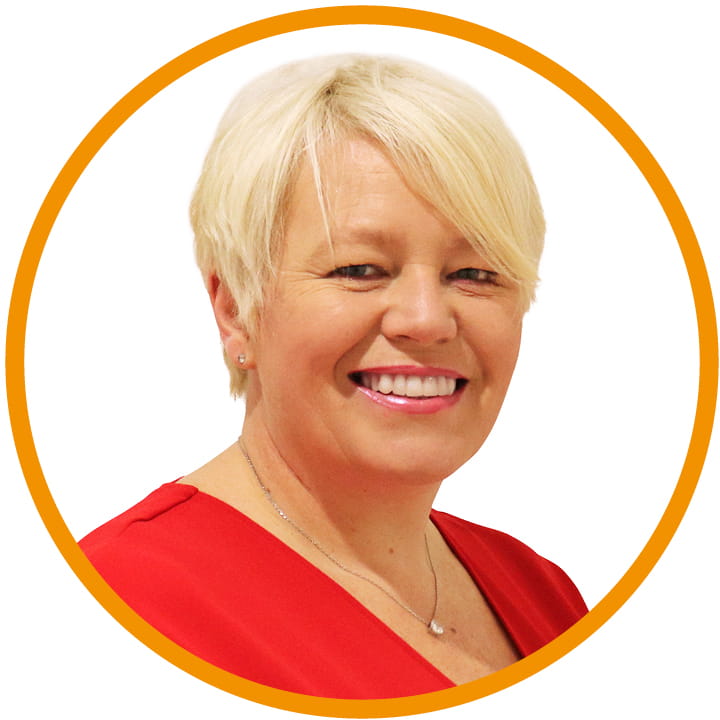 I am a passionate advocate of the cleaning industry having started my career as a cleaner/pot washer over 27 years ago, I am a current CSSA Board Member and active in both the Innovations and ESG Executive committees, a BICSc council member, a BSA committee member and a Chartered Practitioner in Environmental cleaning. I was a workstream lead for the re writing of the NHS National Standards of Cleanliness 2021. 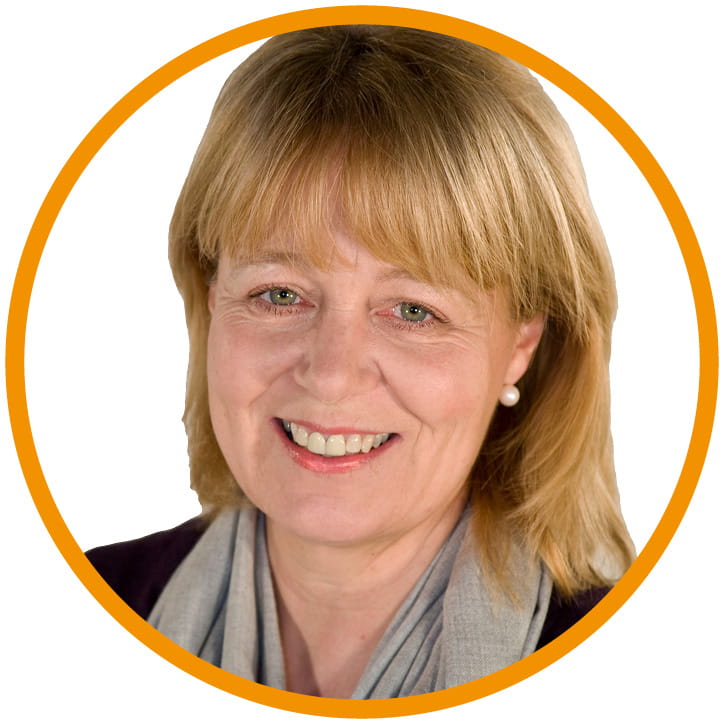 In June 2021 Tracey returned to work within the National Health Service as Consultant Practitioner in Infection Prevention for Hywel Dda University Health Board - an organisation that provides integrated healthcare services across mid and west Wales.

She has worked in infection prevention for over 30 years, holding positions within the NHS, Welsh Government and industry. From 2001-2015 she was the policy and professional lead for health care associated infection and decontamination within the Office of the Chief Nursing Officer, Welsh Government deputising periodically as Chief Nursing Officer for Wales.

She is an honorary member of the UK Infection Prevention Society and a current member of their Management Executive Group, coordinating the Welsh Branch.

their Management Executive Group, coordinating the Welsh Branch. Her interest in environmental decontamination and support for the UK’s Association of Healthcare Cleaning Professionals led to her being invited to represent them as one of their patrons some 10 years ago. She is one of the founding members of the UK’s Safer Disinfectant Network – a relatively new network which Tracey became involved with whilst Lead Clinical Director at Gama Healthcare (2017-2021). 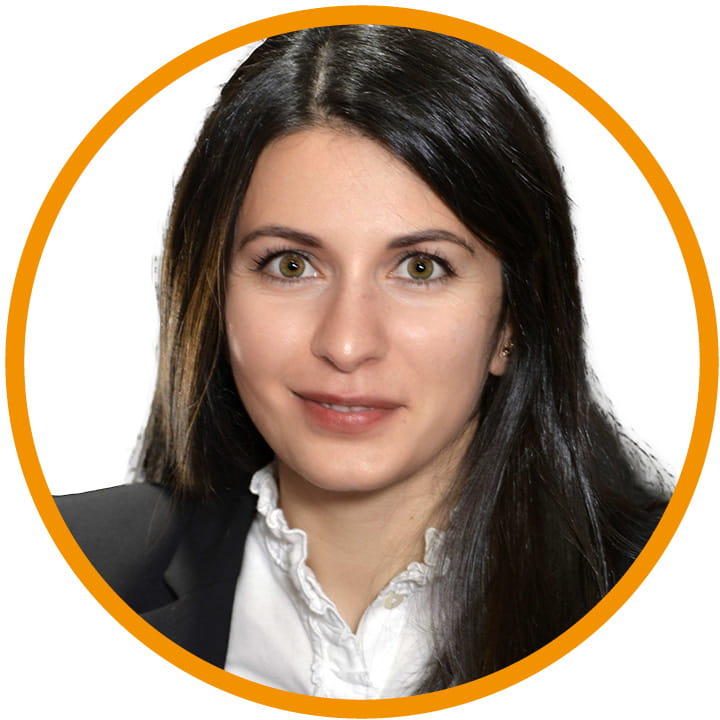 Kristel works at the Groene Hart hospital located in Gouda since March 2021. As an Infection Control Expert and team leader of the Infection Control Department she is closely involved in the prevention of hospital acquired infections. Kristel completed her education for microbiological analyst in 2017 and Infection Control Expert in 2019. Her final assignment in a Dutch hospital in Rotterdam included the implementation of cleaning with microfiber and water by healthcare workers. The Green Hart Hospital in Gouda has been using microfiber for over 10 years. 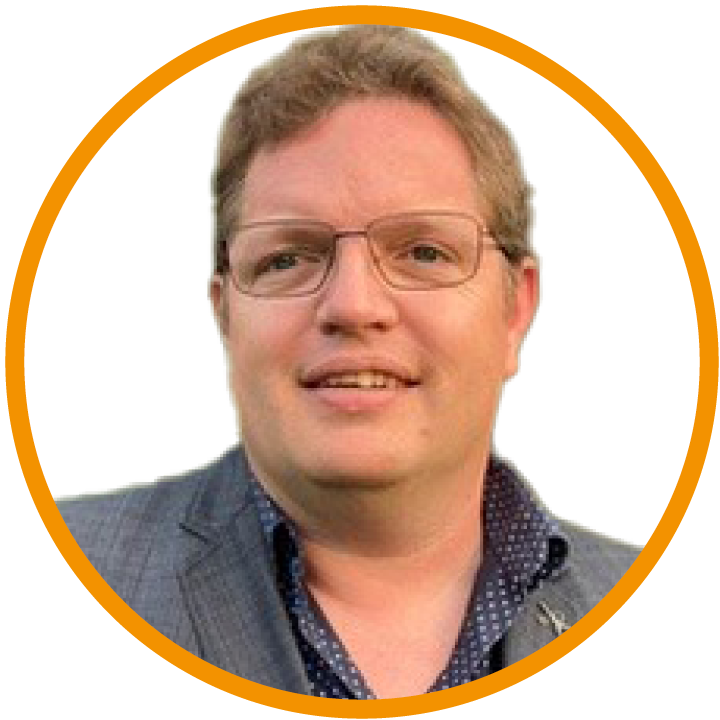 Working in nursing since 1997. The focus is on the treatment of chronic wounds with further training to become a wound expert ICW and emergency nursing. 10 years ago the specialization in hygiene management, further training as a specialist nurse for infection prevention. As Manager Scientific & Regulatory affairs, Chuchu Yu is involved in knowledge development and transfer about hygiene for the professional and consumer market. In addition, he keeps abreast of developments regarding disinfectants and preservatives. As technical director, Marten Kops keeps an overview of the legal and regulatory matters. Within his work, he is responsible for a number of specific files, including REACH and CLP. He works on a daily basis to make complex legislation comprehensible and to contribute to improving that legislation. 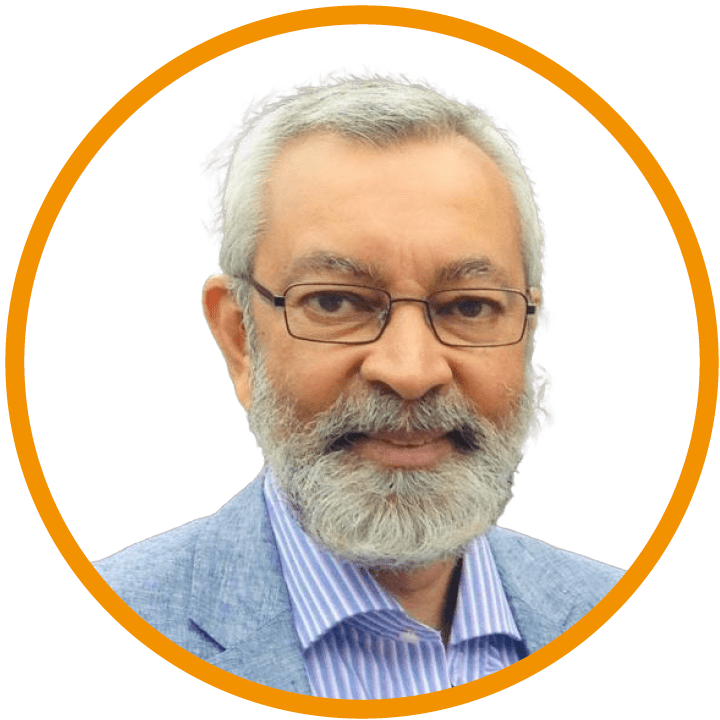 Ian Hosein qualified in medicine at Trinity College Dublin undertaking post-graduate training in medical microbiology at the University of Florida and the NIH. He has held leadership positions at several hospitals placing Infection Prevention & Control at the heart of healthcare management. He pioneered the introduction of alcohol gel in the UK and created the hospital post of Director of Infection Prevention & Control, providing critical infrastructure in dealing with the Covid-19 pandemic. 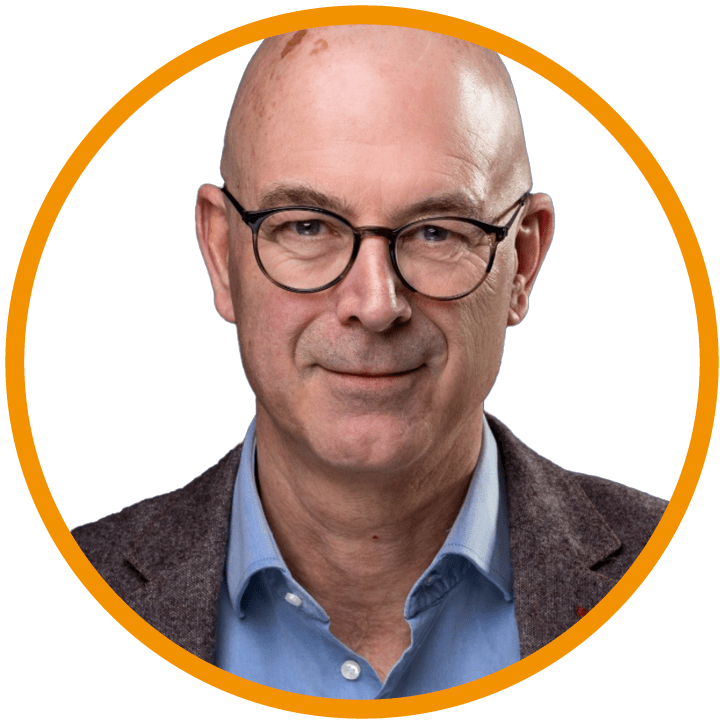 Paul has worked in professional cleaning since 1985 at multinationals and smaller companies. As an application expert he develops cleaning concepts, is a part of the customer- and product development group and the intermediair between user and product developer. He publishes columns and articles in (inter)national professional cleaning media, moderates webinars and events. Member of the technical committee of the Dutch Association for Cleaning Research. Specialised in cleaning applications within the healthcare sector.